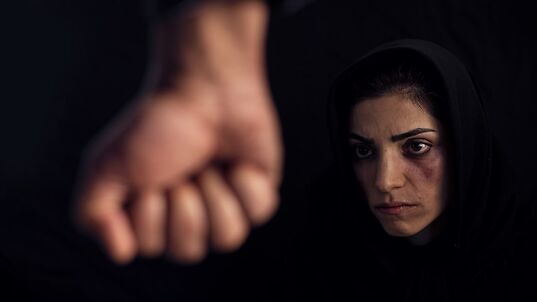 Domestic violence is the infliction of harm, abuse or violence in a domestic setting. It is a social evil is prevalent since the longest time. It refers to the violence inflicted either in a marriage or cohabitation (domestic setting). Such violence is committed by one spouse over the other and can take place in heterosexual or same sex partners. It could be inflicted over children, parents or elderly members of a house as well. There are several kinds of domestic violence prevailing all across the globe. The most common forms are

There are several heinous activities involved with the very concept of domestic abuse of violence such as marital rape, physical hurt, mutilation of genitals, administering acid or throwing acid, choking or beating women, disfigurement of body parts and other kinds of harm infliction. There are end number of cases of domestic murders that include bride burning for dowery, stoning, honour killing, etc. Mostly women get subjected to domestic violence from their in laws. The reason of which is illegitimate demands from their in laws. India witness end number of domestic violence cases each year, in which rural areas have majority of cases.

Domestic violence is a psychological crime that is done by people who apprehend the very presence of entitlement over the other and are habitual of conforming submissions to their illegitimate demands and expectations. When they witness defiance of the same, the psyche gets triggered and they react in such a way. It may be different for different kind of people but the process could be inter generational and fatal. Children who belong to such families and have experienced domestic violence, tend to grow up with different psychological disorders and alignments.

In the ancient times, especially during mid 1800’s, beating of women was considered to be a man’s authority over his wife. There were changes with time, especially after the first feminist movement, that imbibed the sense of equality in few people and they started educating themselves about equality and fairness. In today’s time, there are some remarkable changes in the society and there’s abolishment of the entitled juncture, where men used to take it as their right of inflicting hurt.

Domestic violence could have victims from any socio economic or educational background. It is the level of substantial emotional distress that is inflicted by them that makes them the abusers and it has nothing to do with their upbringing, education, or the financial status. People with such psychological disorders are present everywhere. Their primary agenda is to satisfy the inner motive, ego and agitation. However, this leaves an everlasting impact on the victims who lose their self confidence, control, stability and integrity in the process.

There have been several conventions framed nationally and internationally, to safeguard the interest of men and women who are subjected to such kind of torture. The laws are