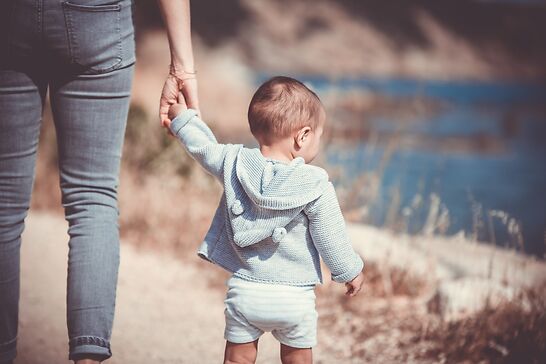 Adoption is a commonly practiced social, emotional, and legal process in which children who have not been raised by their birth parents, or due to some reason, have not been raised by their biological parents, become full and permanent legal members of another family who legally takes charge of their responsibilities. Adoption process certainly has many facets the process could differ in terms of conditions. Adoption is said to be a legal process that aids in fully transferring Parental Responsibility from the child’s birth parents to their adoptive parents. The adoptive parents take care of emotional, financial, educational and health facilities of the child. However, there are other forms of permanence for children as well, including Long Term Fostering and Special Guardianship. They are slightly different to adoption and do not give full Parental Responsibility for the child. Adoption is said to be the creation of a parent child relationship between persons who are not biologically related to each other. It is said to be a socio-legal process, and the process of adoption confers the same mutual rights and obligations that exist between natural parents and the child. Speaking of the orphan and abandoned children, who are deprived of growing in family settings, facilities and other benefits, it certainly confers the most important avenue for their care, protection and upbringing. The adopted child gets identity of his/her adoptive parents in the society and they are raised by the adopted parents. The Indian laws speak of adoption irrespective of prospective parent’s religion. Adoption is said to be the process where a person assumes parenting and all the related procedures involved, of a child, from the child’s legal parent or parents. It is said to be the process where all the adoption rights and responsibilities are permanently transferred from the biological parents.

Kinds of Adoption in India

Adoption in India is regulated by The Hindu Adoption and Maintenance Act (HAMA) 1956 and the Guardians and Wards Act (GAWA) 1890. HAMA is applicable to persons who are Hindu by religion or any of its forms or development including Buddhist, Jain, Sikh, Brahmo Prathna, Arya Samaj etc. As per the provisions mentioned under HAMA, one can adopt a child of each sex but no two children of the same sex which means if you have a son, you can adopt only a female child and vice-versa. Non Hindu persons such as Muslims, Christians, Paris and Jews etc. who are governed by their own effected personal laws, fall under the provisions of GAWA.

The hon’ble Supreme Court has ruled that the adoption of a child by a Hindu couple shall be considered valid only when  there is a proof of such a ceremony and consent of the wife under the Hindu Adoptions and Maintenance Act. The court expounded that wife’s consent is a mandate for execution of valid adoption. As per the proposition, no adoption will be valid unless the two conditions are proved. Its been propounded by a bench of justices L Nageswara Rao and Deepak Gupta held, that certainly turned down the petition filed by one M Vanaja for division of properties of a person whom she claimed was her adoptive father.

“The two important conditions as mentioned in Sections 7 and 11 of the Act of 1956 are the consent of the wife before a male Hindu adopts a child and proof of the ceremony of actual giving and taking in adoption. The mandate of the 1956 Act is that no adoption shall be valid unless it has been made in compliance with the conditions mentioned in Chapter I of the 1956 Act,” as has been imparted in the judgement. As per the section 7 of the Act, a male Hindu person can adopt a son or daughter only if his wife gives the consent. As per section 11 of the Act, the provision mandates that there must be some proof of actual giving and taking in adoption which shows the very intent to transfer the child to the adoptive family.